Microsoft President Brad Smith announced a large investment in Greece on Monday, which is expected to reach one billion euros ($1.17 billion) and — as he noted — shows the company’s confidence in the Greek economy.

As part of the plan, Microsoft announced its intent to build new datacenters which will establish a Microsoft Cloud region in the country, adding Greece to the world’s largest cloud infrastructure footprint and delivering access to low-latency, enterprise-grade cloud services.

To support citizens in both their professional and personal ambitions, Microsoft also announced its plan to give digital technologies skills to approximately 100,000 people in Greece by 2025.

“It is an important day for Greece,” Smith declared, adding that this is “the biggest investment of Microsoft in Greece during the 28 years of its presence in the country.” 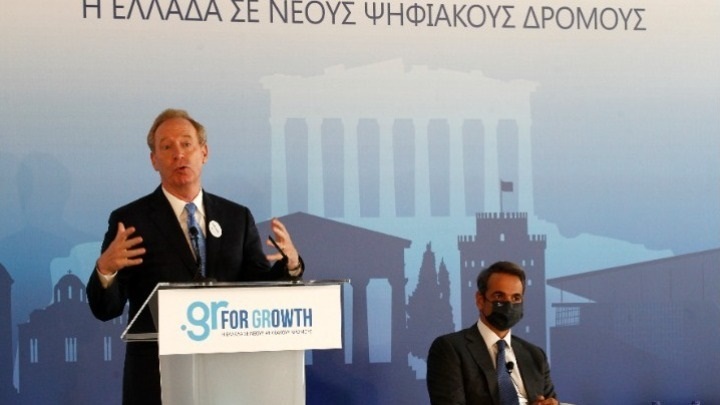 He stressed that the investment shows the company’s confidence in the Greek economy. The data center will also act as a regional center for neighboring countries.

The announcement was made at an event held at the Acropolis Museum with Prime Minister Kyriakos Mitsotakis in attendance.

“Greece is becoming a global hub of central digital storage of huge amounts of data. It is something that pulls our country into the 21st century,” Mitsotakis stated.

He noted that it took just nine months for the investment to be agreed upon, and added that Greece has achieved a significant innovative investment of multilevel importance.

“Analysts talk about a total economic benefit that could exceed one billion in the long run. The overall benefit is skyrocketing if the value of the transformation in the economy as a whole is assessed,” the Greek leader added.

The investment foresees the construction of three giant Microsoft facilities for digital data storage near Athens.