Dr Angelos Tsiaras, a member of the UCL team, said that finding water in the atmosphere of a potentially habitable exoplanet was “incredibly exciting”.

Astronomers have for the first time discovered water in the atmosphere of a planet orbiting within the habitable zone of a distant star.

The finding makes the world – which is called K2-18b – a plausible candidate in the search for alien life.

Within 10 years, new space telescopes might be able to determine whether K2-18b’s atmosphere contains gases that could be produced by living organisms.

Details were published in the scientific journal Nature Astronomy .

“This is the first time that we have detected water on a planet in the habitable zone around a star where the temperature is potentially compatible with the presence of life,”

The habitable zone is the region around a star where temperatures are sufficiently benign for water to exist in liquid form on the surface of a planet. K2-18b is 111 light-years – about 650 million million miles – from Earth, too far to send a probe. So the only option is to wait for the next generation of space telescopes to be launched in the 2020s and to look for gasses in the planet’s atmosphere that could only be produced by living organisms, according to UCL’s Dr Ingo Waldmann.

“This is one of the biggest questions in science and we have always wondered if we are alone in the Universe,” Dr Waldmann said. “Within the next 10 years, we will know whether there are chemicals that are due to life in those atmospheres.” 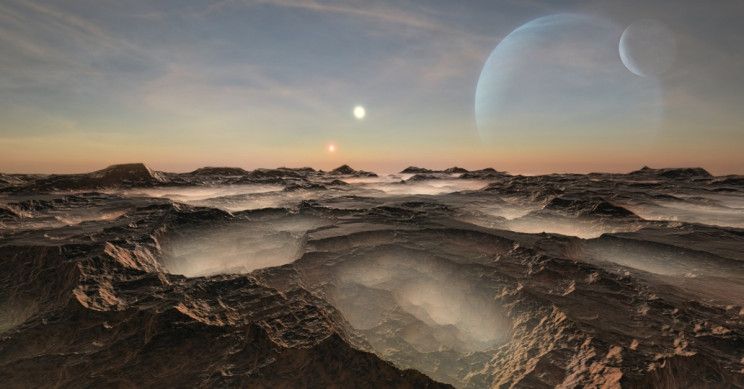 What is an exoplanet?

Planets beyond our Solar System are called exoplanets
The first exoplanet was discovered in 1992, orbiting a pulsar (a neutron star that emits electromagnetic radiation) More than 4,000 have been detected to date using several techniques Many of these worlds are large planets believed to resemble Jupiter or Neptune Many giant planets have been found orbiting very close to their stars.
The team behind the discovery looked through the planets discovered by the Hubble Space Telescope between 2016 and 2017. The researchers determined some of the chemicals in their atmosphere by studying the changes to the starlight as the planets orbited their suns. The light filtered through the planets’ atmospheres was subtly altered by the composition of the atmosphere.

Only K2-18b revealed the molecular signature of water, which is a vital ingredient for life on Earth. Computer modelling of the data suggested that up to 50% of its atmosphere could be water.

The new planet is just over twice the size of Earth and has a temperature cool enough to have liquid water, between zero and 40C. Dr Angelos Tsiaras, a member of the UCL team, said that finding water in the atmosphere of a potentially habitable exoplanet was “incredibly exciting”.

He said: “It brings us closer to answering the fundamental question: Is the Earth unique?”

One difficulty with this approach, though, is that astronomers can’t agree on which gases would constitute evidence of life. That might be more of a longer haul. It is likely to require a survey of the chemical composition of, perhaps, hundreds of worlds and an understanding of how they are created and evolve, according to Prof Tinetti.

“The Earth really stands out in our own Solar System. It has oxygen, water and ozone. But if we find all that around a planet around a distant star we have to be cautious about saying that it supports life,”

“This is why we need to understand not just a handful of planets in the galaxy but hundreds of them. And what we hope is that the habitable planets will stand out, that we will see a big difference between the planets that are habitable and the ones that are not.” IESA’s Ariel mission in 2028 could help confirm the presence of life on other worlds. Dr Beth Biller at Edinburgh University’s Institute of Astronomy said she believed that evidence of life on a planet around a distant star would eventually be discovered.

“That would be a paradigm shift for all of humanity,” she told BBC News 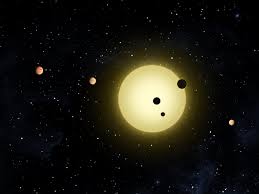 “It’s not going to be ET phoning home, necessarily – more likely microbes or some other simple life. Even so (when it happens) it’s going to be huge”.

The prospective launch of Nasa’s much delayed James Webb Space Telescope (JWST) in 2021, and the European Space Agency’s Ariel mission seven years later, will enable astronomers to study in detail the atmospheres of the varied worlds that have been detected so far.

Water has been detected on other planets but they have been either too big or too hot to support life. Cooler smaller planets are much harder to detect. The team at UCL was able to do this by developing algorithms capable of teasing out the chemical composition of the atmospheres of potentially habitable worlds

K2-18b was discovered in 2015 and is one of hundreds of super-Earths – planets with a mass between Earth and Neptune – found by Nasa’s Kepler spacecraft. Nasa’s Tess mission is expected to detect hundreds more in coming years.

The research was funded by the European Research Council and the UK Science and Technology Facilities Council, which is part of the UK Research and Innovation agency (UKRI).

7 tips on how to choose and buy art for your house
June 4, 2020
Unless you are an art curator, gallery owner, or an...
Kids & Families