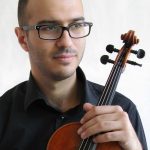 Michael Iskas is a viola and violin performer born in Thessaloniki, Greece. From an early age, he was exposed to many different musical stimuli, fact which contributed to his later artistic development as a classical, contemporary and world music performer.

Michael performs for many years at concerts in various European countries with several orchestras (e.g. English National Ballet, Orpheus Sinfonia, Royal Academy Opera), chamber music ensembles, traditional and popular music bands as well as a soloist.
He is founding member of Diphonon Duo (Viola-Accordion) with the Spanish accordionist Iñigo Mikeleiz Berrade, performing a wide range of repertoire from Baroque to Contemporary Music and transcriptions of various traditional-inspired compositions as well. Diphonon Duo was chosen to be the Open Academy/Wigmore Hall Learning Fellowship Ensemble for the year 2017-18.

He is a scholar of Stavros Niarchos Foundation, Royal Academy of Music and Athena Scholarship.

He has studied violin at the University of Macedonia in Thessaloniki with D.Chandrakis and the University for Music and Performing Arts Vienna, Austria with J.Pospichal. He also had the opportunity to receive important long term guidance from the violin soloist G.Demertzis.
After obtaining the Violin Soloist Diploma from the Macedonian Conservatory of Thessaloniki and his Violin Bachelor Degree with grade “Excellent”, he continued to Postgraduate Studies (Master of Arts) in Viola Performance with full scholarship at the Royal Academy of Music in London where he graduated from the class of J.Sleigh. Thereafter he studied with the renowned violist Roger Chase at the Trinity Laban Conservatoire of Music and Dance where he obtained his Postmaster Degree (Postgraduate Advanced Diploma) in viola performance.

He is also a quite active violin and viola teacher with long experience in music schools and conservatoires in the UK and Greece with pupils of all levels and age groups. 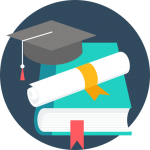 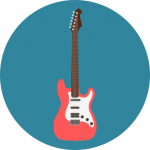