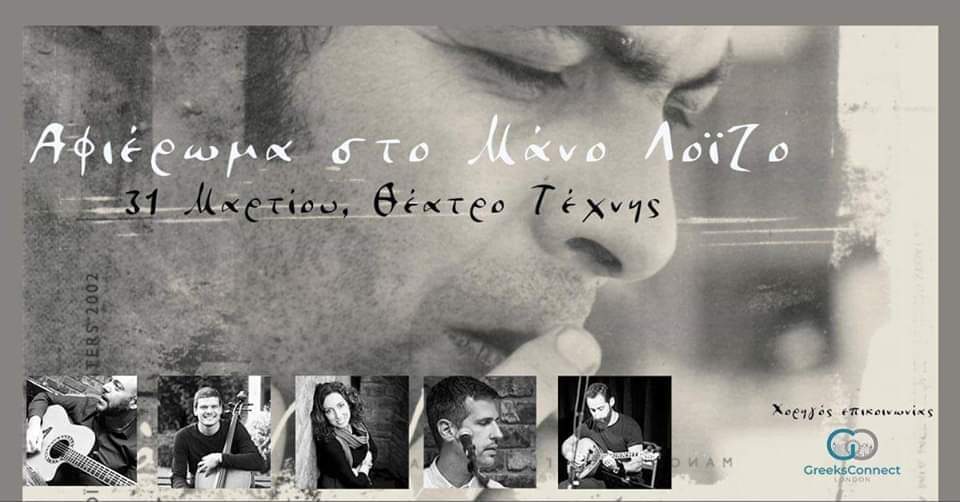 Manos Loizos (1937-1982)is one of Greece and Cyprus’ greatest musical icons. Born in Larnaca, his family moved to Alexandria at an early age and then to Greece when he was 17 years old. After recording his first song with the renowned singer Mimis Plessas, he went on to compose for and work with the greatest Greek artists. Theodorakis, Rasoulis, Alexiou, Dalaras, Papadopoulos, Papakonstantionou and so many more. So many of his songs became instant classics and are still played today throughout Greece…”Jamaica”, “S’akoloutho”, “Ah Helidoni mou”, Paporaki tou Bournova”, “To mertiko”, “Eudokia” and so many others. It is impossible to include all the great songs he wrote in just one night of music, but we will try and present a programme that shows his versatility and incredible imagination as well as songs that are personally special to us.
The band is formed from close friends and musicians, who perform regularly on the Greek music scene in London and elsewhere, threaded together by their passion for the music and the desire to share it with those who love music, its history and the beautiful story every lyric tells. We look forward to sharing this special evening with you. 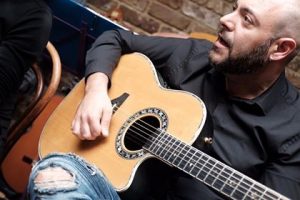