The Acropolis Museum, considered among the world’s best, is celebrating 10 years since it opened its doors to the public, living up to a phrase used by its president, Professor Dimitrios Pandermalis, at a press conference for the occasion this week – that “the whole point is giving as much as you can to your visitors.” And what a decade it’s been too, with some 14.5 million visitors crossing its threshold. 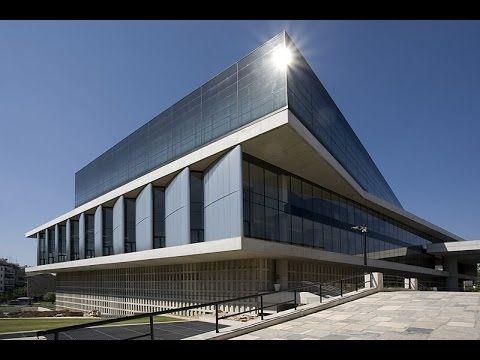 In order to celebrate this milestone, the museum has put together an impressive program of events, starting with a photography exhibition and ending with the unveiling of an excavation that visitors have been able to witness through the courtyard’s glass floor for several years. On the actual date of its anniversary proper, Thursday, June 20, meanwhile, admission will be free all day, from 8 a.m. to 8 p.m., while the previous evening will feature a concert in the courtyard with a 10-member orchestra conducted by Stavros Xarchakos.

One of the most important events on the roster is a lecture on June 13 by Italian academic Giovanni Verri, a physicist at the museum’s Department of Conservation and Scientific Research, on the original colors of the Parthenon Sculptures, a subject he has spent decades researching.

“Our visitors know that they are coming here to look at masterpieces,” said Pandermalis. “What we are interested in is making sure that everyone feels this, even those who haven’t been educated in the classics. This is something we can accomplish by developing a more interactive experience between the visitors and the exhibits, with the use of digital technology. We also know that the sculptures are radiant in their own right, which is why we built a bridge to the West Frieze that allows visitors to get much closer and to really perceive the technique and skill of ancient Greece’s craftsmen.”

As of June 21, visitors to the Acropolis Museum will be able to walk around an excavated 4,000-square meter area consisting of the homes, workshops, baths and streets of a neighborhood that thrived in this spot from Classical to Byzantine times. This impressive palimpsest was discovered beneath the museum and is visible through a glass floor, shedding light on what life in the area was like in ancient times.

Journalists were granted the opportunity to visit the site during this week’s press conference and were shown around by excavation chief Stamatia Eleftheratou. The first impression is of a space that is full of light and air.

“Light plays throughout the excavation,” explains Pandermalis. “We wanted to avoid the feeling of a basement and not to restrict the finds in a dark space that deprives them of their vitality. The innovation of the work being carried out here rests in our perception of the excavation: The entire thing is the exhibit, which the visitor is invited to explore.”

Following the archaeologists, we walked along two ancient roads and – thanks to the high ceiling – felt as though we were in the open air.

Architect Eleni Spartsi, whose firm conducted the study for the exhibition space, told Kathimerini that the aim of the design was to maintain the feeling of a dig, without making the public feel as though they’re inside a museum. 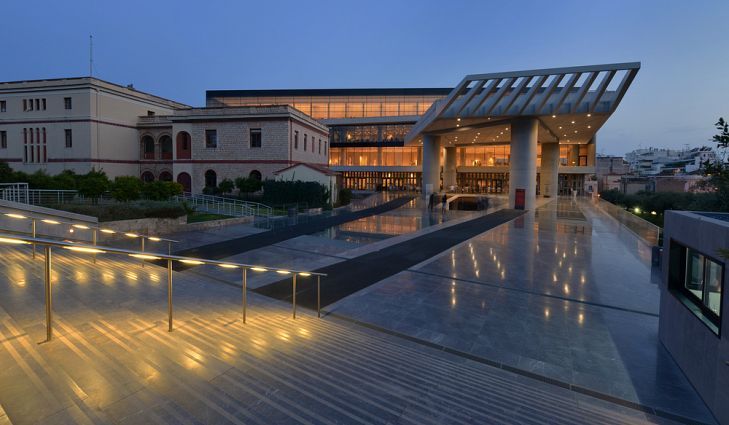 “With respect to the architecture of the Acropolis Museum and using this architecture, we wanted to guide the public to the discovery of an ancient city beneath the modern one. This is achieved on the one hand by showcasing finds that describe all the aspects of day-to-day life – symposia, commerce, family relations. On the other hand, the artifacts appear to be in their natural place in the excavation, so that a tour of the site leads to the ‘discovery’ of the exhibits.”

The Acropolis Museum team has been working on this project for eight years and are justifiably proud of their accomplishment as they show us around. Even though the artifacts – numbering around 1,300 – will not be put on display for some time yet, the tour is no less fascinating.

The museum will also be inaugurating an exhibition on Tuesday, June 11, whose most moving display is, perhaps, a matchbox. This small item, one of a handful showcased among the black-and-white photographs that constitute the core of “Chisel and Memory,” was found during the restoration of the Acropolis in 1992, tucked away in a hole in one of the ancient stones in the north wall of the Parthenon’s inner chamber. A note was hidden inside the matchbox and it is also on display. It contains the names of four members of the restoration crew working on the Parthenon in 1913.

The exhibition consists of more than 100 large-format photographs that give visitors an up-close look at the Acropolis conservation efforts. It is a tribute to the marble workers who played such an instrumental role not only in preserving but also showcasing the monument’s splendor.

The material on show comes from the service’s abundant archives and concerns the work done from 1975 to the present on the Acropolis’ four monuments: the Propylaia, the Temple of Athena Nike, the Parthenon and the Erechtheion.

“The exhibits provide us with an opportunity to connect to the monument in a different way and to look at these people and their work in a different light,” Pandermalis said of the show, which runs through October 31.

Turning a visit into an experience

The Acropolis Museum’s 10th anniversary is not just a celebration of its success, but also an opportunity to look back and to explore new beginnings. The museum was granted its own body of staff in March and an organizational chart, and is now ready “to get a director, just like any other museum,” says its president, Dimitrios Pandermalis.

“We have achieved our goals in these 10 years. We elevated the exhibits and highlighted their significance, while succeeding in turning a visit into an experience. Digital technology allows visitors to see their true form and to get an understanding of the sheer grandeur,” he says.

“All of us working at this museum gave a part of our soul to it from the very first minute so that it could get off the ground and win over the general public. The success of the endeavor was an enormous responsibility for me personally, because the Acropolis Museum is something that is of vital importance to the country. And today, it enjoys global appeal,” adds the respected archaeologist. Referring to the issue of the Parthenon Sculptures at the British Museum, Pandermalis argues that the Acropolis Museum’s success has not been hampered by their absence.

“We have a policy of not focusing on their absence, but on moving ahead and proudly showcasing all the wonderful things we have. And the fact is that we have an acropolis from Archaic times that is intact. At the same time, and thanks to the constant pressure being exercised by an international audience, we are making it clear that reuniting the marbles would not satisfy an entire nation, but would fulfill a legitimate demand,” says Pandermalis.

“If we keep trying, at some point, all of sudden – as is usually the case – they will come back to Greece. After all, museums all over the world are becoming more democratic and returning cultural treasures to the countries they were taken from,” he adds. 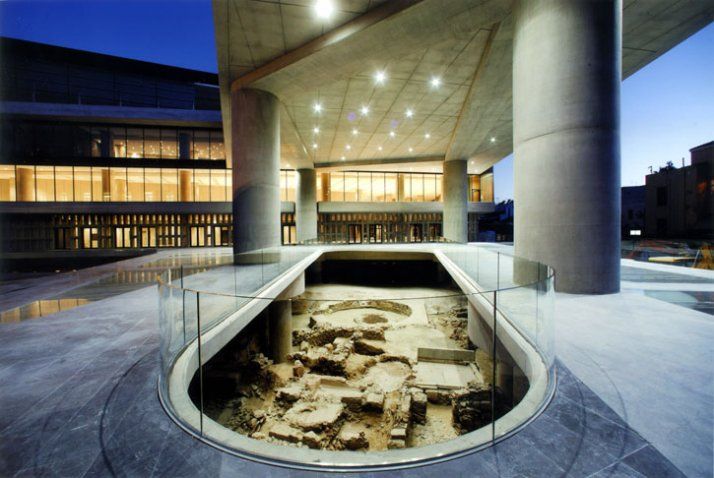 On the occasion of its ten years anniversary, the Museum invites visitors to the following celebrating events:

Temporary exhibition ‘CHISEL AND MEMORY. The contribution of marble craftsmanship to the restoration of the Acropolis monuments’

Since opening its doors ten years ago, the Acropolis Museum has highlighted the close relationship between the famous sculptures it displays and the monuments from which they originate. It is with great pleasure that the Museum is hosting an exceptional exhibition of photographs of the marble craftsmen of the Acropolis at work. Imbued with a new curatorial spirit, the exhibition was initially organized by the Committee for the Conservation of the Acropolis Monuments and the Acropolis Restoration Service. The exhibition takes place in the ground floor Temporary Exhibition Gallery. Entrance will be free.

Lecture “The true colors of the Parthenon sculptures: evidence for traces of original polychromy and its interpretation”

The Acropolis Museum will host a lecture of the Italian professor Giovanni Verri on the polychromy of the Parthenon sculptures, which has long been the subject of scholarly research and this debate has continued now for almost two centuries. Giovanni Verri is a Reader at the Courtauld Institute of Art, London. He holds a PhD in Physics from the University of Ferrara in Italy, and an MA in Conservation of Wall Paintings from the Courtauld Institute of Art in London. Throughout his career, he has endeavored to develop scientific techniques for the analysis of color, in particular on Greek and Roman antiquities. The lecture will take place in the ground floor Auditorium and entrance will be free.

The Acropolis Museum invites its visitors to a unique instrumental concert by the great Greek composer Stavros Xarchakos and an orchestra of eight renowned Greek soloists. Stavros Xarchakos and the orchestra will take visitors on a musical journey comprising familiar compositions of Stavros Xarchakos, Mikis Theodorakis, Vasilis Tsitsanis, Markos Vamvakaris and Manos Hadjidakis. On this day the Museum will extend its opening hours until midnight. Entrance will be free from 8 p.m. onwards.

Celebrating The Acropolis Museum’s birthday, entrance to the exhibition areas will be free from 8 a.m. until 8 p.m.

From Friday 21 June 2019 onwards, the archaeological excavation will be open to the public with the general admission fee ticket. The excavated area of 4,000 sq. meters comprises houses, workshops, baths and streets of an ancient Athenian neighborhood that existed from the classical to the Byzantine years, in successive phases. This impressive archaeological site will soon be enriched with the most representative findings of the excavation. Architectural ruins will be organized in a unique exhibition set that sheds light on the everyday life of an ancient neighborhood that existed in the shadow of the Acropolis. On this day the Museum exhibition areas will be open from 8 a.m. to 10 p.m.