City of Athens: Collaboration between the Municipality of Athens and the London School of Economics on Urban Planning

The quest for innovative solutions to the challenges the City of Athens is facing and its urban regeneration and building renewal plans was the subject of a meeting between the Mayor of Athens, Kostas Bakoyannis and the Director of LSE, Dame Minouche Shafik held in Athens on 26 February 2020.

Together they signed a Memorandum of Understanding between LSE, the Alfred Herrhausen Gesellschaft and the Municipality of Athens. The LSE Athens Urban Age Task Forcewill operate as a partnership over the next 18-months to address key priority areas in Athens’ urban development. The project will be coordinated by LSE Cities, and directed by Professor of Urban Studies Ricky Burdett, working closely with the City of Athens and partner institutions.

The initiative will focus on key areas of urban intervention, including public space, access and walkability, greening the city, and addiction and homelessness. It will involve establishing workshops of local and international experts as well as site visits to cities that have undergone successful urban change to identify best practice in the effective delivery of complex urban projects. In addition, the institutions will collaborate on assembling data on key urban indicators, employing state-of-the-art GIS mapping and visualisations.

Mayor Bakoyannis said: “What Athens really needs is not an ordinary city management. We need innovative interventions that will enhance the public space and highlight its routes and building wealth in order to transform it into a modern, environmentally friendly capital for its residents and visitors. This is yet another collaboration we are starting, with a leading scientific institution, to deliver a data driven project that respects the city’s past, the time being and prepares us for the city’s future, as well. It takes a lot of perseverance, imagination and knowledge to transform Athens. We intend to make the change that we need.”

Minouche Shafik, Director of LSE, said: “Cities are at the heart of global transformations with significant social, economic and environmental impacts. The LSE Athens Urban Age Task Force is an important partnership that strengthens the historic links between LSE and its extensive alumni base in Greece with a new urban focus on the future of Athens.” 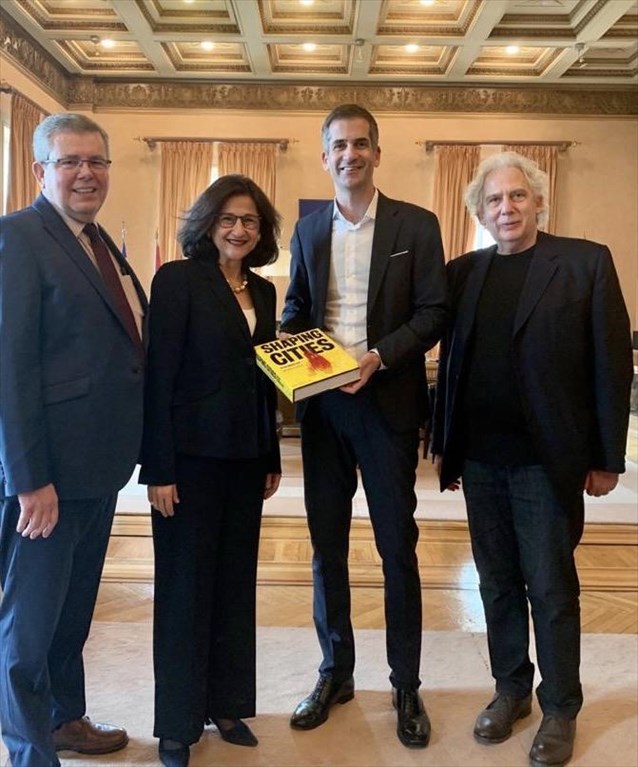